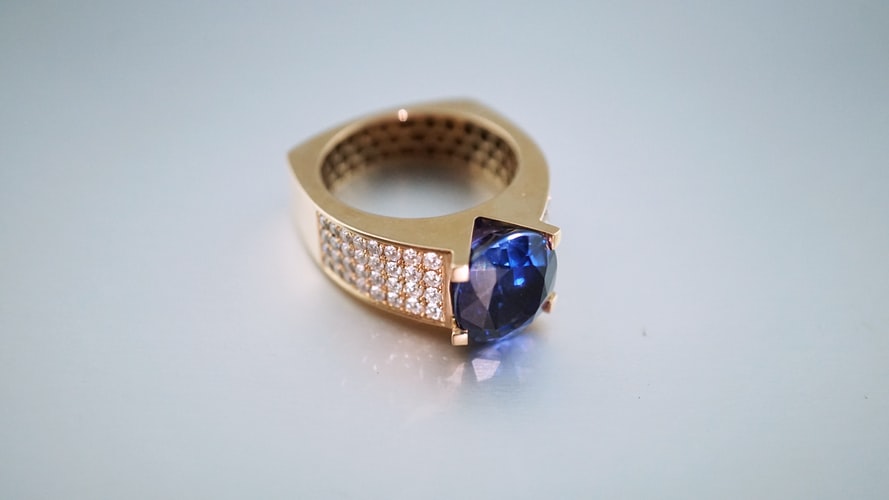 The Pantone Color of Year for 2020 is Classic Blue. This rich, deep blue, which resembles the night sky, is “a color that anticipates what’s going to happen next,” according to the Vice President of the Pantone Color Institute, Laurie Pressman. And there’s no better way to show off this color than with these 5 Classic Blue gemstones.

Tanzanite, a rich, lush, vibrant shade of blue, is a rare gemstone found only in one place in the world – Mount Kilimanjaro in northeastern Tanzania. It was discovered in 1967 by a Masai tribesman, Ali Juuyawatu – making it a relatively recent discovery. It is the birthstone for December and the stone for 24th anniversaries, and it represents accelerated spiritual growth and is associated with a long life. Versatile and fashionable, tanzanite is a good stone for every occasion and is often paired with other popular stones such as diamonds or sapphires.

Blue zircon is one of the most popular varieties of zircon – and for good reason. Crystalline and vibrant, this gemstone resembles crystal clear waters or sunny skies, and it’s highly versatile and can be incorporated into almost every look. Blue zircon, not to be confused with the synthetic cubic zirconia, is found in southern Asia (Burma, Cambodia, Sri Lanka) as well as northern South America, East Africa, and Australia. This vibrant stone is associated with mental clarity and restoration from overbearing mental stress.

It’s easy to see where the aquamarine got its name from. Named after seawater, the cool, enticing blue tint of this stone is as refreshing as a pool on a hot day. It is the birthstone for March as well as the stone for the 19th anniversary, and, historically, it has been used by sailors as a symbol of safety at sea. Aquamarine is easy to pair with other stones but also looks great alone, and it is best when set in white metal that fully boasts the stone’s allusive translucent, sea-tinged hue.

As mentioned above, the brilliant blue sapphire pairs well with tanzanite. These stones have historically been affiliated with royalty and are often featured in crowns and tiaras. They’re also extremely popular in engagement rings where they signify faithfulness and sincerity. Sapphires by themselves, however, also have a good meaning that you’ll want to incorporate in your life, representing wisdom, virtue, and good fortune. Sapphires are also the second hardest stone, beat only by diamonds, so you won’t have to worry as much about scratches or damage to your jewelry.

While a bit rarer in fine jewelry, azurite has become quite popular in recent years, especially when used raw. It’s actually a mineral rather than a gemstone, but it still boasts a beautiful blue coloring. In many cultures, it is used to remove mental and physical blockages in your life. The only thing to beware of when styling this beautiful mineral is that, at a 3.5 to 4 on the Mohr scale, it’s on the softer side and more susceptible to scratches and damage.