History of Pearls in Jewelry 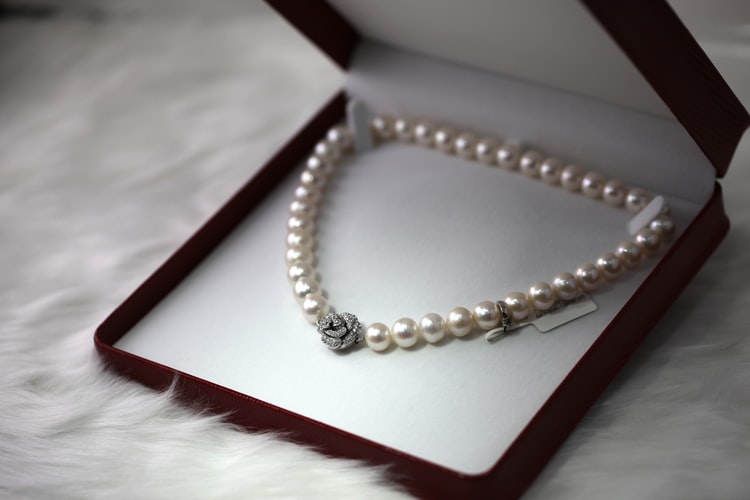 History of Pearls in Jewelry

Pearls are a timeless classic that is coveted by nearly everyone, but what you may not know is that is considered one of the oldest gemstones in the world. Their expansive history goes back to estimated over 7,500 years ago! Read on to learn about this timeless piece.

The oldest natural pearl dates carbon dates back to over 7,500 years ago, dating its discovery in 5,500 BC. While pearls weren’t a popular part of jewelry during this time, they were occasionally found during hunting.

It wasn’t until a few centuries later, however, that pearls began to be viewed as a rare and exquisite gem. The probability of finding a natural pearl is less than 1 in 10,000, making them extremely coveted in this time period. In 2,300 BC, people began offering pearls as gifts to Chinese royalty. Pearls were a very significant spiritual and cultural symbol to the Chinese, represented in much of the ancient art. There was a belief that pearl-producing oysters needed to be lifted to the sky during a full moon so that the lunar light would form the soul or essence of the pearl. The most popular time for pearl hunting was in March when pearl fishers would perform sacrifices to the sea gods before making their freshwater dives.

Rise of Popularity in the West – 1 BC

As globalization began to slowly occur, the west, specifically the Roman Empire, was introduced to pearls. Like in China, pearls were treated as an extremely valuable symbol of statues, so much so that, in 1 BC, Julius Caesar created and passed a law so that only the upper class – the aristocrats – were allowed to wear jewelry.

A little further south, Queen Cleopatra was also a fan of pearls, brandishing some of the largest ones as earrings. Due to a bet with Mark Anthony, she also dissolved one in an extremely potent vinegar and drank it.

While it may come as a surprise, pearls were also popular during the Dark Ages. During this time, knights would wear pearls when they went into battle, believing that wearing a pearl would keep them safe.

La Peregrina is known as the most famous pearl, and it has been owned by everyone from King Phillip II of Spain to Joseph Bonaparte, who coined it La Peregrina, to Elizabeth Taylor, who once lost it only to find her dog chewing on it. The pearl, which was recently auctioned for $11 million in 2011, was thankfully unscratched. The pearl was brought back to Spain from Venezuela, where it was sold to King Phillip II as a wedding gift for his daughter.

As pearls became more and more popular, the freshwater oyster population became greatly depleted – almost to the point of extinction. Thus, in 1878, Kokichi Mikimoto began to experiment to create a synthetic pearl, hoping to increase availability. In 1896, he gained his patent.